After returning home from dropping off my oldest boy at school, I found VH1 playing on the TV. This was undoubtedly my wife’s doing, as I haven’t crossed paths with that channel in years. What’s more remarkable, however, was the fact that it was actually playing music videos. Really? Those still exist? Apparently.

I decided I would watch for a few minutes since I was curious (and couldn’t find the remote). The first one drew me in a little “ah, MGMT” I thought. One of the more contemporary bands I’ve found that I actually enjoy and appreciate. The song was OK, but I just kept thinking it sounded too much like they were trying to copy the success of their first big song “Kids”. Sadly, I was both right and wrong. It wasn’t MGMT, it was some other band called Foster the People. Seriously? It even had a similar whistling part. No shame. It reminded me of the first time I heard Owl City and though, “great, new music by The Postal Service! Huh, sounds sounds less complex than their other album…hey wait a minute…” 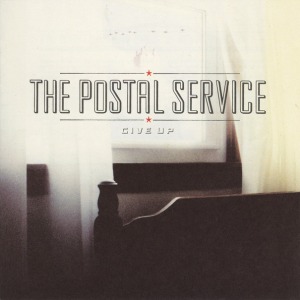 Next up was a band called Deluka. The video was emulating that cheesy 80’s music video feel, but seemed to be taking itself seriously. The music did absolutely nothing for me whatsoever, yet had a familiarity to it. Yeah that’s it…Siouxie and the Banshees, the later years, right down to the hair style…only much much worse. What’s the point?

I was about to change the channel, but I thought I’d give it one more chance. Up next: The Red Hot Chili Peppers. Sadly, it was really them. After sitting through bands blatantly ripping off those who came before them, here’s a band that desperately needs to. “What” you say? “How can I be so hypocritical? Who could the Red Hot Chili Peppers copy that would make the act justifiable” you wonder? Themselves. What happened to this band? They desperately need to spend some time with their earlier albums like Freaky Styley and The Uplift Mofo Party Plan and re-become that positive vibe punk-rap band that was more influential than influenced by pop-ballad dollars.

Call me an old fogey, but I’ll stick to my DESCENDENTS and ALL for the time being, and if, by chance, you’re a fan of Green Day or Blink 182, I strongly encourage you to do the same. These are two bands (well, actually 1.25 bands) who have stayed true to their roots without regard for what sells or what’s popular. Their motto, “you must go for all!” I only wish some of these new bands would take that advice.